I am deeply dismayed that most of the regional media coverage of yesterday’s stunning civil rights win for the LGBTQ community has centered white cisgender and heterosexual folx. I don’t understand how these journalists could have been so deeply embedded in recent events without questioning why all the ‘deciders’ are white cisgender folx? Or incorporating some coverage on how this decision specifically the Black LGBTQ community ESPECIALLY Black trans women?

Tens of thousands of people hit the streets nationwide every day to remind us that Black Lives Matter, that we have an ethical and moral obligation to center the voices of the Black community. Changing the narrative means the white cis gay men need to step aside from the microphone. It also means the media needs to develop a robust contact list from say the thousands of activists who hit the streets recently.

That includes the Black LGBTQ community.

So you have this historic decision predicated on the Civil Rights Act of 1964 in the midst of the biggest civil rights actions of our generation and no one thought of this? We have a literal intersection of identities. And no one called an interserctional activist for comment.

KDKA-TV – Professor Deborah Drake, Pitt Law School; Chrstine Bryan of the Delta Foundation (again), Megan Stanley, white cisgender heterosexual woman leading City Commissionon Human Relations. So I can give a pass for the law instructor regardless of her identity because it is a legal matter. But the other white cis het women need to move aside and stop speaking for us.

Pittsburgh Current – runs piece from the PA Capital Star. Philadelphia lawyer Brendan Lynch, Keystone Business Alliance Harry Young, Holly Evans of the TransCentralPA group, The only person I know is Holly. Not a bad piece but a lot of white folks.

So some of these people I do not know and could not find via a quick Google. But for the most part it is a very white cis het crowd.

Given the realities of the workplace for QTPOC, especially Black queer folks, this is a massive missed opportunity. We know what the mighty gay white folks are going to say. But what about the folks on the ground who still have no protections to get jobs or the many other intersecting issues with their lived experiences as Black Americans? Why is Conor Lamb’s opinion more important that theirs? Why is the City Commission on Human Relations not thinking about the optics of a white cis het woman speaking about LGBTQ matters? Did any of these interviewees even ask?

I know this post is going to piss off some of my friends and colleagues who are decent people. And that’s a necessary lesson from recent events – I have to say uncomfortable truths to other white folks and most of the journos in this region are in fact white folks.

This was a big fucking deal and every outlet blew it.

So why was I even paying attention to it? Well, I got a call from the Beaver County Times, a first for me. And I didn’t stop to ask whom else they interviewed. I did reference the trans community, especially Black trans women. But wtf is some fat queer white dyke Karen doing talking to Beaver County residents? Why did I agree to that?

Probably for the same reasons the folks above agreed – we think we know the issues well enough, we feel entitled to speak for people, we can’t let go of our power, we are good alies with intentions, etc, etc, etc.

This is just bullshit, my friends. All of us with the exception of a few were just preening Karens who will be offended that I said something to the effect of “get out of the way” – myself included. We gotta do better.

I’m looking at Pgh Media to see how many QTPOC and trans voices they center in their coverage of the #SCOTUS Title VII decision. I was called by one outlet. But so far it seems Delta Foundation, Megan Stanley, and white Pitt Professors carry the day. 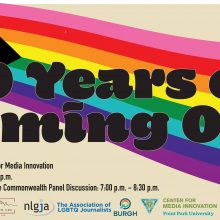 Panel Discussion: 50 Years of Coming Out, a celebration of the history of queer media in Pennsylvania 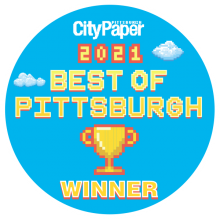