So Robert Portogallo seems to realize that transphobia is bad for business. He removed the content about Dr. Rachel Levine, Secretary of the Pennsylvania Health Department. And added a non-apology.

If you take a look at this thread, you will see the heart of the problem. Bob Portogallo posts some “funny” content and it unleashes a fury of hate and ignorance. Encouraging people to be their worst selves and punching down at transgender folks is reprehensible. I don’t see Mr. Portogallo removing the hateful comments. I’m sure he’s just feasting on the furor, much like Trump.

IF your apology has several IF clauses, it is what we call a non-apology.

Bob Portogallo has a long history of sharing offensive content, especially anti-Black content. He has a lot of amends to make. Braddock should be a community that is safe for residents who are Black and transgender and for those who are both. Obviously, it is not. Are you shocked?

We cannot find liberation from oppression is we do not hold people accountable for their range of poor decisions. Attacking Dr. Levine was offensive, but mostly because a lot of trans folks in Pittsburgh neighborhoods who don’t have medical degrees, financial security, and the prestige of a high profile position have very little to buffer them from people like Bob Portogallo. Trans folks who don’t have white skin have even less.

This old irritable white guy is not going to change is spots. He will retract enough to try to squelch the tanking of his reviews on Yelp and other sites. But that’s purely a business decision.

If he asked me (he won’t), I’d suggest he invite some Black and white transgender neighbors from Braddock and nearby communities to join him for a meal (or a digital gathering) and that he listen. And that he compensate them for their education work. And that he consider investing in local trans led supports, particularly those led by Black trans folks.

But as long as he thinks this is a sufficient response, I believe you might continue using some of the tactics laid out in my first post. 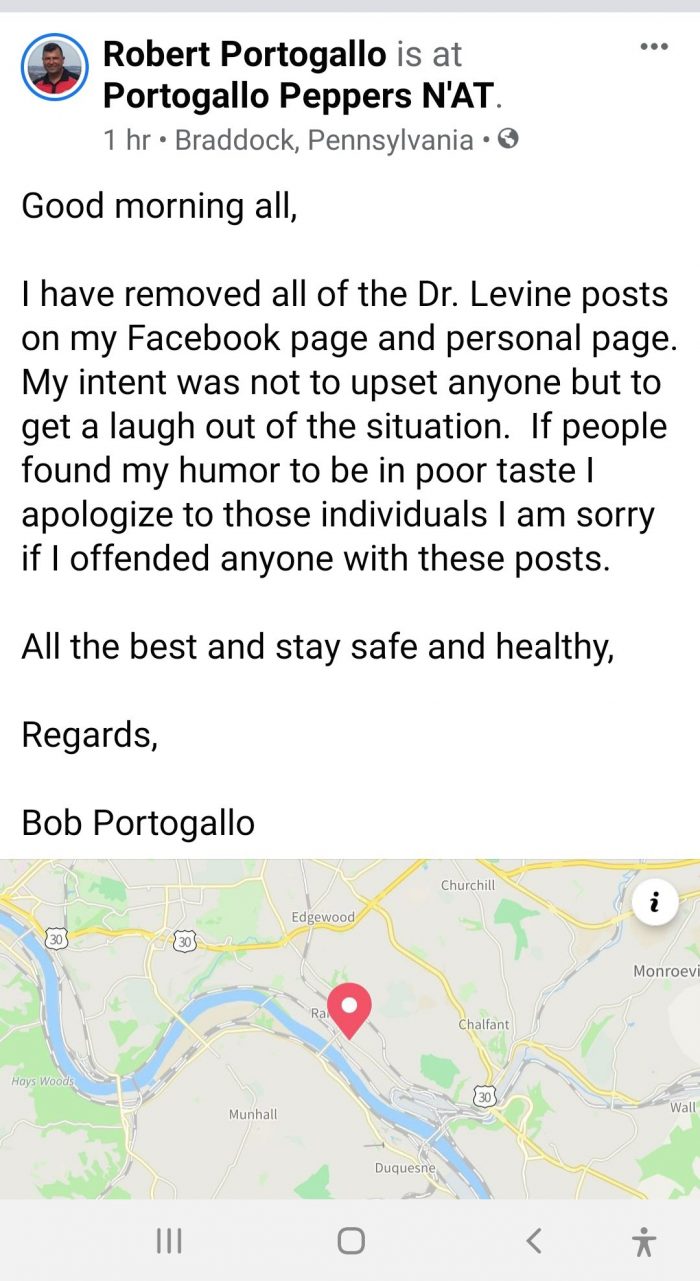 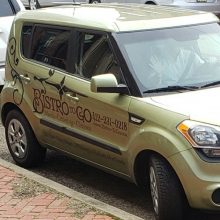