Lent is nigh and soon a new food season will be upon us. People will wax nostalgic about their fried fish and bemoan the reality that older women who bake food tend to eventually die off unless middle-aged people who bake food take their place. The faithful will queue up in social halls, fire halls, and benevolent society halls to complain about long lines, new people gumming up the works, and the bitter irony of a fish fry benefit event selling out before 6 PM.  Oh my!

I just ate a paczki for breakfast on a Monday before Lent so I took some time to think about epicurian stalwarts that this lifelong Pittsburgher never experienced until I was an adult.

Let me set the scene – I grew up in West Mifflin, a blue collar suburb that emerged in the early 20th century in a little sliver that is both the Steel Valley and the Mon Valley. We had 1891 Catholic churches in our 13 square mile borough, plus some Protestant churches and Century III Mall. And Kennywood. My parents were also lifelong Pittsburghers, growing up in Brentwood and Bethel Park. My Dad worked in the mills, my mother was a devout Catholic. We had lots of cousins and, as I discovered in adulthood, deep ties to the region stretching back to very early colonizing days. As a kid, I was taught that we were Irish Catholics with some German ancestry.

Yet somehow, our food and holiday traditions were pretty bland, stripped of any real cultural relevance as was the experience of many working class white folks in the 20th century, especially after the wars increased the pressure of assimilation into White American culture.

So I find the current fascination with cultural foods both foreign and perhaps a bit feigned? Nonethless, it is tasty indeed.

Pierogie? We never had them at home and they weren’t served in school or at church dinners. My first exposure to pierogie came courtesy of Mrs. T’s when I was living in Baton Rouge, Louisiana. Cajun seasoning can turn any Lenten punishment food into a tasty delight.

Eventually, I returned to Pittsburgh and developed an appreciation for these pockets of delicious tradition, but they were still someone else’s traditions. Rather, they are a tradition I appropriated in my adult years. Ledcat scours the Farmer’s Markets for homemade versions and we include pierogies on our #fishfryfriday criteria. To be fair, my stock has a hearty number of Germans and Eastern Europeans, but they contorted themselves into bland Irish-adjacent white folks in the 20th century and never looked back.

Paczki? Nope. Never even heard of these until I began following Natalia Rudiak on Twitter. We ordered some from a local bakery and they are quite tasty, but I prefer regular filled doughnuts. Don’t @ me. Still, they are now on the yearly ‘must order some’ list when Lent rolls around.

Paska bread? Again, never heard of it. Paska bread is another Easter Orthodox tradition that seems to be traced to Ukraine. It is an egg based bread that we eat during Easter celebrations. Rather, we eat now because it is delicious. Ledcat and I first learned about Paska bread when our friend Sarah baked some for a holiday meal that we shared maybe five years ago. It is sweet and rich and the loaf is huge so while I do order it annually, we can never eat it all before it goes stale.

Kolachi cookies? Sure we had them occasionally as kids, but didn’t know they had a special name or meaning. Our adult association with Priory Fine Pastries introduced us to this tasty Czech treat in a more historical context.

Kolache nut roll? Okay, here is where it gets confusing. I did grew up eating nut roll at Thanksgiving, Christmas, and

Easter, but we called it nut roll and it came from the grocery store bakery. When I grew up and learned that food had cultural history, I was taught to call it kolache. Ledcat grew up in Mercer County and also knew nut roll as kolache. So it gets very confusing for us trying to order baked goods unless we can point to a display case.

*Pittsburgh bakeries seem to blur the Christmas and Easter treats pretty routinely now. Is it a week with a Sunday? Eat some dough!

To be fair, our public school system (West Mifflin Area School District for those keeping track) regularly served up haluski every Friday during Lent. I thought I hated it until I grew up to eat the non-lunch-lady version. Do lunch ladies take off their school aprons to don church aprons and cook actual tasty food three blocks away? God Bless ’em.

The list of things I never learned to eat goes on and one – I was introduced to Irish pub food, including fish & chips and Shepher’s Pie, by actual Irish students in college; I’ve never been to Wholey’s; I’ve never shopped in the Strip District period; I first tried Irish soda bread in my 30s; I never went to German restaurant until the 21st century, etc.

The kolachi nut roll v cookie debate will be one for the ages, but that’s okay with me – I enjoy finding new-to-me cultural foods to experience, especially from my own cultures. I introduced Ledcat to the King cake and gumbo for which she is eternally grateful.

I’m looking forward to seeing what new foods come my way in the next years. Any suggestions? 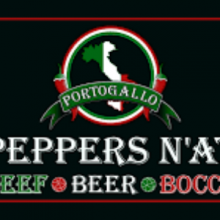