I use my Google calendar to track a lot things, but memorial dates are perhaps the most important to me. Because I don’t want to forget them, even if its sad to think about their deaths. I want to remember that they lived (birthdays) and acknowledge that their deaths were too soon and too sad.

Saturday marks the one year anniversary of the death of our friend, Kerry S. Kennedy.

He was 60 years old. He deserved better. I could tell you about how hard he worked, how talented he was, how much he gave to other people. But I don’t want to reinforce the idea that you have to earn health care by working 80 hours weekly, being gifted with a special talent, or donating to the point that you exhaust yourself. No, I want to reinforce this – no one should have the death Kerry S. Kennedy endured. He suffered for months, hiding himself away at home because he had lost so much weight and was tired all of the time. He kept up appearances via Facebook and text, but he was cutting himself off from his support system. Dying isolated from an unknown illness is not okay for anyone.

A year later and we still live in a country where 60-year-old people are denied health care supports. That includes everything from health insurance to paid sick leave to medication shortages to a narrow definition of work (versus unpaid labor) and more. And many of the people who oppose these policies of creating more health care options for people like Kerry were Kerry’s friends. I know this because he bemoaned to me all of the time that some of his Facebook friends were anti-immigrant, anti-Obamacare, anti-welfare, and racist. He couldn’t grasp the refusal to connect the dots between their love for him and these policies.

I couldn’t grasp why Kerry thought they were his friends. We never did see eye to eye on that.

I hope that Kerry would be glad to see that the Pennsylvania Supreme Court has upheld a Pittsburgh ordinance that provides paid sick days to most employees, including those of very small businesses.

Three sick days is not very many sick days, but it is clearly a big win for labor. And Kerry labored in many retail, wholesale jobs over the years. He told us many stories, including the time he had to stay in a store (not his own store) during a hurricane. He thought both small businesses and large corporations treated most of their employees terribly so I think he’d appreciate a step toward more rights and protections for the workforce.

I’ll be honest. I’m still an angry, resentful, bewildered, and hurt by Kerry’s death today as I was a year ago. I remember standing in our bathroom when his friend Scheri told me. She had texted me first so I knew in my heart why she asked to call me. I knew and when she said it, I just screamed and cried. Laura and I curled up together on the floor of the bathroom sobbing. It was a horrible moment, a very deep loss for me.

The passage of time hasn’t lessened my grief, just tamped down the raw edges. There is unspoken work to be done between me and the memory of Kerry. I just don’t know what that is. I don’t know how to describe the unfinished business so I can’t yet resolve it.

I keep gravitating to the now-empty storefront that used to be his shop. When PublicSource photographed me for an essay I wrote about telling the stories of LGBTQ elders, I asked them to take the picture standing in front of his store as a reminder of unfinished and untold stories. I had to catch myself a few weeks later when another outlet wanted a photograph for a different piece because I was tempted to go back here again. That’s not healthy. Is it?

I’ve asked around to see what’s going to become of the storefront that he rented and apparently the owner simply hasn’t sought out a new tenant. I’m not in need of a storefront so that’s not something I can work with. And I’m sure it will be sad to see someone else occupy the space, but it will be better than the cobwebs and empty windows that used to be filled with so much beauty.

I know that my grief has me stuck in this place and needs to be resolved. More time will help, but so will taking time to sit with these feelings and determine what remains undone. That’s hard to do.

My anger pulsates through this post because I am just so mad at everyone, everyone for his death. I’m mad at all of us who didn’t push our way through his door and drag him to doctor. I’m mad at the systems that failed him. I’m mad at his friends who voted for Trump and opposed the Affordable Care Act. I’m mad at the Baby Boomer generation passive-aggressive communication style that Kerry leaned into and used heavily to obscure his real situation.

I’m mad because if he had health insurance, he might still be alive. At the every least, he wouldn’t have suffered and died alone.

Rest in peace, Kerry. I will never forget you and I will miss you forever. 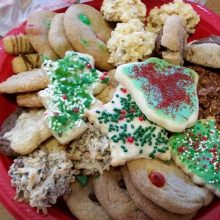