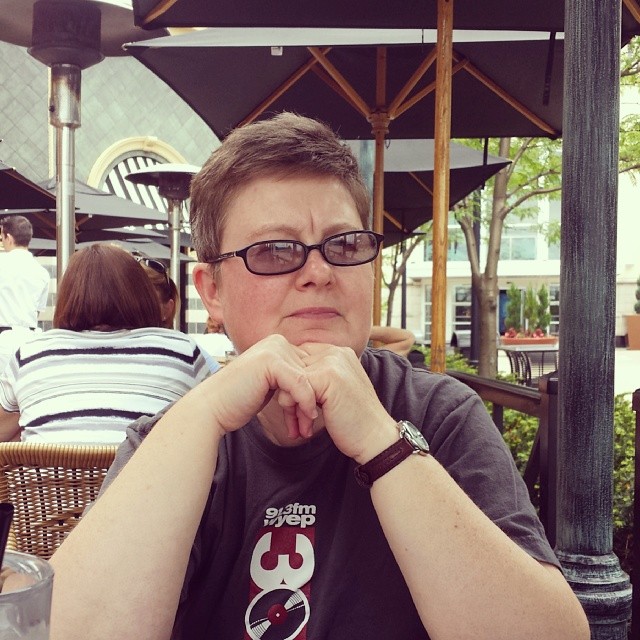 How do you describe your identity? Lesbian/gay

Please describe your coming out experience. Where did you find support? What challenges did you face? A friend at college suggested that I might be gay when she noticed I wasn’t “scoping out” the men in the cafeteria. I then went to the college bookstore and bought books on homosexuality because I had no idea what it was. I came out to a few friends who were accepting but mostly hid in closet. When I was in law school I told a friend who spread it all over the school, West Virginia University. One of my friends literally moved across the room from me and quit speaking to me. That was pretty hurtful and shocking. But other classmates supported me. I’ve only be out fully since the early 1990’s. I’ve been out at my current job very gradually over past ten years. I grew up in 1980’s and 1990’s when LGBT people had no rights. It’s scary to think that our current president, in conjunction with the “religious right,” could do that again to us. I’ve been lucky that I’ve only been called names although my partner and I had a man threaten us downtown many years ago.

How would you describe yourself NOW in terms of “being out”? Fully out at work and family

Tell me about the first LGBTQ person whom you met. What impact did they have on your life? I have no idea. It was a straight friend who told me she thought I might be gay

Past or present, favorite LGBTQ character or creator in television, film or literature? Please tell us why. I don’t have one.

How do you stay informed about LGBTQ issues? Through the news

Describe your geographical community. I live on North Side

Describe your local or regional LGBTQ community. When I came here in 1991 there was a lot to do, a lot of bars and clubs, a newspaper, a radio show on University of Pittsburgh’s radio station, an active women’s community and a pride committee of volunteers. Now most of this doesn’t exist. So I would say there isn’t very much community.

Have you ever experienced discrimination based on your identity? Specifically, in a job setting, when applying for housing or while in public. Maybe but I don’t know for sure.

Tell us about your access to health care in Western PA. Has it been LGBTQ competent (or not?) Yes I had LGBT friends refer me to Metro Family Practice in 2000 and most of my other doctors have never treated me poorly

Are there issues impacting your LGBTQ neighbors that aren’t visible or part of the local dialogue?  I’m sure poverty and racism (as well as sexism). A lot of our community is powered by white gay men.

What would you like to see elected officials do to improve life for LGBTQ Pennsylvanians? Pass a state level comprehensive non-discrimination act.

Please share a lived experience, anecdote or fact about life as an LGBTQ person in your community. As noted above, I felt as though the “gay community” was vibrant in the 1990’s even though we were oppressed. I was involved with the pride committee for four years, the league of gay and lesbian voters and the GLCC. Went to a lot of women’s potlucks. Now not so much.

Beyond discrimination, what other barriers create challenges for your LGBTQ neighbors? Sexism, racism and poverty. Lack of access to quality medical care and housing.

What LGBTQ friendly resources are available for your neighbors? I don’t know. I used to say the GLCC but they seem a shell right now of their former self. Persad is still around but appears to be having some issues.

What is your greatest fear for the LGBTQ community in Western Pennsylvania? My fear is national. We have pretty good protections in Allegheny County and Pittsburgh although we should never take anything for granted.

What is your greatest hope for the LGBTQ community in Western Pennsylvania? That younger LGBT people are coming up and they’re less discriminatory, more open and more out.

What pieces of local or regional LGBTQ history would you like to preserve and why?  Someone needs to get Billy Hileman’s life story.

What motivated you to take part in this project? The chance to participate in something that shines a spotlight on the rich diversity of our community.

What can allies do to support your LGBTQ community? Standing up against hate and intolerance. Holding their religious communities to account. Helping vote in politicians who are progressive and not regressive. Getting Daryl Metcalfe out of office LOL

How can gay men and lesbians support the bisexual, transgender and queer members of our community? By supporting them and not leaving their rights behind as we achieve ours.

Finally, what question should I have asked? Please also share your answer. Think you covered a lot of ground.