Tonight, the entire School Board voted unanimously in favor of a resolution that disavows the sponsorship role of Chick-fil-A in the Pittsburgh Marathon. This means no Pittsburgh public school will officially participate in marathon activities or the Kids of Steel year round programming. No employee can participate in an official capacity. And no one will be permitted to promote the marathon activites in any school building or event.

This comes after the Mayor of Pittsburgh AND the entire City Council of Pittsburgh all expressed similar sentiments. In addition, the marathon board did meet last Thursday, but were unable to take decisive action. I wonder if they are truly willing to lose the participation of the school district over this one sponsorship? I wonder if they understand that this significant stance reflects a deep moral problem with Chick-fil-A, not just a different of politics?

Have you signed the petition yet?

On October 24th the Pittsburgh Public Schools Board of School Directors approved a resolution affirming its opposition to the sponsor selection for 2019 Pittsburgh Kids Marathon.  The resolution notes that the family-owned, privately held restaurant company selected to serve as the title sponsor of the Pittsburgh Kids Marathon has expressed views contrary and in conflict with the District’s non-discrimination policies.

As noted, “nothing in this resolution is intended to interfere with an individual employee’s right or rights of students and their families to participate in these programs and races on an individual basis unrelated to the District or its schools.”

We’ll see what happens next.

A special acknowledgement to the leadership of School Board Directors Lynda Wrenn, Moira Kaleida, and Terry Kennedy as well as the work of solicitor Ira Weiss.

Day 135 of the Quarantine 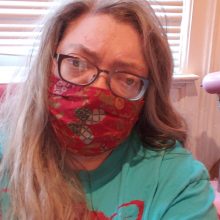 When I Was Toxic 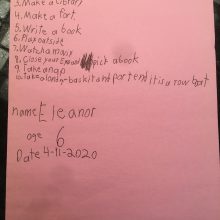