On Wednesday, October 17, all nine members of Pittsburgh’s City Council signed a request to the Dick’s Sporting Goods Pittsburgh Marathon organizers (P3R) requesting that they remove Chick-fil-A as a title sponsor.

We, the undersigned, are writing to respectfully request that P3R remove Chick-Fil-A as the title sponsor of the 2019 Pittsburgh Kids Marathon. The leadership of Chick-Fil-A has openly and passionatel promulgated hateful beliefs against the LGBTQIA+ community. Additionally, the company has financed organizations stauncly opposed to same-sex marraiage and nondiscrimination laws and other groups that equate “homosexual behavior and lifestyle” with lawlessness and in opposition to “the foundation of the family and the basic structure of human society.”

Chick-Fil-A’s sponsorship of an event designed to encourage healthy living represents a significant setback for Pittsburgh as we continue our work to build a more progressive and welcoming city for all people regardless of whom they are or who they love. Most importantly, its sponsorship sends the wrong message to LGBTQIA+ children and families who face psychological abuse and experience the effects of bullying at disproportionate rates.

We urge P3R to make the right decision for Pittsburgh and its families and remove Chick-Fil-A as the title sponsor of the PIittsburgh Kid’s Marathon. The Kid’s Marathon and P3R’s entire children’s programming is a critical asset to our region. We hope that we can work together to identify an alternative funding source to ensure that this can remain a popular event for all children and families. Please do not hesitate to reach out if we can assist in this effort This now means the entire City Council has joined the Mayor of Pittsburgh in publicly opposing this sponsorship.

“We are well past the days of acceptance and way past days of tolerance. We’re at the days of full welcoming and I think the sponsors should reflect that,” said Peduto. I would ask (the marathon) to reconsider the thought process. I’m sure that there are other companies, both locally and nationally, that would prefer to be associated with the Pittsburgh Marathon.”

[H]e said statements by the Chick-fil-A owner are not in step with a city and an event that is welcoming to all, and he urged Marathon organizers to find another local or national sponsor.

The Pittsburgh Public School Board will vote on their opposition next week, but their already released statement in advance of that vote is pretty clear.

I keep wondering why P3R is clinging to tightly to a Christian fast food company. Yes, there is money involved, but Pittsburgh’s foundation community has rallied in the past to fill similar gaps. P3R’s own board includes Chip Burke, Chairperson of The Grable Foundation and Charlie Batch, founder of the Best of the Batch Foundation. I’m not suggesting those foundation specifically offset the sponsorship, but certainly their directors can work with other corporate and community foundations to find a solution for the 2019 Marathon. That gives P3R Executive Director Patrice Matamoros and her staff of 28 people more than a year to find a long-term partner.

Then there are the 1,100+ Pittsburghers who signed the original petition.

At this point, the only thing I can see to add to the mix is a posthumous statement from Mr. Rogers or perhaps Tom Hanks? Kids, sneakers, running distances, Pennsylvania, important lessons about welcoming people, LGBTQ folks, Oscars for playing a gay man, Westboro Baptist Church protesting Mr. Rogers memorial service … this is a clear fit.

In the meantime, we will have to count on the Board of P3R and Ms. Matamoros to do the right thing. Letting this fester is irresponsible and likely to cause more trauma for folks targeted by the very angry rightwing.

And for the kids. 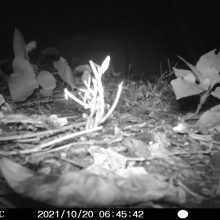 Autoimmune Dysmotility and Me: Part Two