In March 1994, I was rushed to the hospital and scheduled for surgery after months of excruciating uterine cramping. I underwent a laparoscopic procedure to remove endometrial growth from inside my abdominal cavity and also remove my appendix. I was hospitalized for three days, maybe four.

I was a graduate student at LSU. I had been struggling for months because of the pain, undergoing what seemed like a dozen vaginal exams and no answers. I was exhausted and confused.

That’s when my friend Bill showed up at the hospital. Well, he showed up the day I was admitted because he anticipated that I would be bored. He brought me a walkman and the book ‘The Handmaid’s Tale’ on (many) cassettes. Bill was a feminist and I’m pretty sure he understood what he was unleashing within me.

I listened before the surgery, after the surgery and when I was at home recuperating. I listened with intent and shock. What was this dystopian narrative? As a graduate student in a political philosophy program that leaned heavily on literature, I was suddenly aware that none of those books were written by women. I was the only woman in my tract and one of a few in the department.

As a woman newly aware of her uterus and its potential to misfire, I was informed by my gynecologist that the best treatment for endometriosis was to get pregnant. I was a 24-year-old single graduate student living off a stipend and babysitting money. Okay, then.

In the midst of all of this, I met Margaret Atwood. She was both a balm to my tumult and a prod to my conscience. As my body settled into a new post-surgical rhythm, I started to connect the dots between my gynecological experiences and my political experiences, my educational experiences, and the way my brain worked. She wasn’t my introduction to feminism, but she helmed my leap from reproductive health to reproductive justice when I didn’t have access to that language.

I read everything I could find. I scoured used book stores. I drove librarians crazy. I also moved to rural Kentucky which was another life changing experience that often took me perilously close to the dystopian realities many women and children experience right now (circa 1995.) Women’s lives dictated by their ability to conceive and bear children. Sexual violence.

Fast forward to 2017. Hulu brings another remake of ‘The Handmaid’s Tale’ to life with the terrific Elisabeth Moss. I don’t subscribe to Hulu so I just wait for the right time to scrape together the monthly fee and binge.

Suddenly, I’m once again in pain and facing surgery, this time a hysterectomy. The timing seems auspicious to dive back into Gilead, this time as I move from potential Handmaid to Martha.

Atwood has often spoken of this work as ‘speculative fiction’ in the sense that it could possibly happen. She also insists we consider the political themes. Gilead is not about religiosity or Christianity. It is about power. And the last time I read (listened) to the book, I was struck that the source of power was with the women in spite of the political system lifting up men. It wasn’t just the power to reproduce, it was the need to use women to control other women for reproduction.

As I near the date of my own surgery, I realize it has deeper meaning than I thought. I’m certainly not less of a woman or any such hogwash. Almost every single person I’ve met who has had a hysterectomy has a positive response. The less than positive responses are due to unexpected medical outcomes which are certainly understandable.

Being diagnosed with endometriosis, having the surgery, & reading this novel altered my understanding of my power as a woman. I found strength and freedom in my menstrual cycle, especially once I realized that the pain I had experienced since age 13 was not just the curse of womankind.

As I grew into adulthood, even armed with a diagnosis, my body revolted. I continued to experience a patriarchal medical system that showed little regard for my capacity to make decisions much less manage my health. In 2006, I saw a gynecologist after some symptoms flared up (I used my PCP for my routine exams) and he insisted I needed an Intra-Uterine Device (IUD.) My insurance didn’t cover an IUD at the time and I was genuinely freaked out by the option. So I decided to just tolerate the discomfort and slink away.

My current surgeon was also very pro-IUD which is now covered by insurance. I note that in almost none of these discussion did anyone factor in what I wanted – it was what my insurance wanted, what the doctor wanted, what was considered best practices. And of course what UPMC wanted since the consent decree meant I could not return to the 2006 gynecologist even if I wanted to do so.

In 1994, I had insurance through my father’s employer because I was a student. It was accepted. There was never any discussion about which doctor or provider took what. I had a card, the hospital took it, and that was that.  I didn’t even realize I had to think about these things.

In 2017, I have insurance through my partner’s employer. Daily life is a battle to get care. This doctor doesn’t talk to that doctor. This practice won’t accept that practice’s release of information. This doctor transfers summaries, but not test results. My PCP is good to me. But it grows increasingly clear that I will have to either switch to UPMC insurance in 2019 or start over with a AHN doctor. It absolutely feels like several layers of Marthas, Aunts, and Wives exerting control over my body and my health.

So that’s the plan. I am going to resist the patriarchy by watching ‘The Handmaid’s Tale’ while my body heals from the removal of my uterus and cervix and fallopian tubes (and hopefully, nothing else.) I’m going to use this overarching experience to remind me of my true source of power and revisit the big thoughts I had while at LSU. I’m going to acknowledge the flaws, honor the history, and be inspired to move forward with the spirit of reproductive justice as my new identity.

I am not unaware that this novel is lacking in almost any people of color, as if the Gilead men wiped them all out even as white women continued to resist. This is why I deliberately use the term reproductive justice which was coined by women of color. You should read more about that concept and how it factors into our understanding of reality. My own journey from reproductive health to a stronger consciousness of justice has been all due to the work of women of color who have educated and taught me.

I’m also planning to make a regular donation of pads and tampons to support others who need them for the duration of my reproductive years or until I enter menopause.  In that spirit, I suggest you consider making a similar donation to empower and support women. Let’s take back the spirit of Martha and the Aunts for the sake of lifting up other women and nonbinary neighbors. It is a small act of resistance.  And love.

This post is part of my ongoing series about my hysterectomy. All blame for typos, grammatical tricks, and sleight of spelling should be placed squarely on my boggy uterine pain and use of Tylenol.

Show your support for independent blogging by donating to support our work. 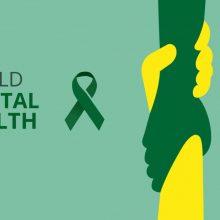 Sharing (Part of) My Mental Health Journey on #WorldMentalHealthDay 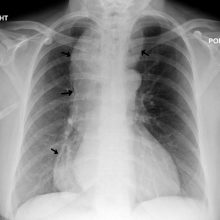 Losing weight is not the eternal magic fat girl solution