Recently, my neighbor died unexpectedly. We were out of town at the time of his death and only learned about it nearly a week later during conversation with another neighbor.

I was horrified. He was a genuinely nice guy who always said hello and waved. He would run across the street to help with packages or to carry groceries. He sat the stoop and smiled blessings into the neighborhood, then take a walk with his cat Stitch and his toddler daughter. He was one of those nice people you hope are always there. Until they aren’t.

But I didn’t know his name.

And that hit me very deeply. I’m sure he introduced himself, but I am terrible with names so I forgot. That meant I couldn’t look up his obituary or figure out what to do to be helpful. I spent hours digging through public records to identify the owner of the house and then work my way to the tenants and, finally, find the name of his partner. I reached out to her to offer my condolences. We are now Facebook friends. We’ve spoken face to face.

When I was a child growing up in blue-collar West Mifflin during the 70s and 80s, neighbors had a ritual. When someone had a death in the family – a parent, sibling, etc – one of the neighborhood Moms would go door to door with a card and envelope, collecting modest donations that would be passed along to the family. Mrs. Pierce, Mrs. Koempel, Mrs. Storer, Mrs. Shaffer … it was the way the neighborhood responded.

My mother told me that she would always give, even if just a dollar could be spared during lean times, because it was the right thing to do. If she didn’t have a dollar, she hightailed it to church to offer up a prayer.

I know that nowadays people still make cash gifts at funeral homes and of course, we’ve seen the rise of crowdfunding to help with funeral costs and other expenses. And while the money can be critical to pay funeral expenses, offset the loss of a second income, etc, there is more to it. It signals the role of the community.

I am determined not to forget Henry Dougherty or his surviving partner, Brittany, and child, Brynn. Henry was a good guy, a nice neighbor and his death is a terrible loss for his friends.

His death has been a sobering lesson for me about how I relate to my immediate neighbors. Do I know their names or just which parking spaces they claim with chairs and cones? Do I have phone numbers for emergencies? Would I even know if they experienced a family tragedy?

The truth is that no, I don’t have most of this information. There are reasons. One of our neighbors doesn’t trust us with her phone number even after 15 years. She’s lovely to chat with, but when the emergencies have cropped up involving her – we have to send someone to a corner store to ask the owner to call her grandniece to come and help. We do it because we want to support her during difficult times. The impact of gentrification, the racial tension in our historically black neighborhood, the rotating cast of upper middle class tenants in a chunk of the rental housing, the heavy traffic on our street due to construction and many other reasons create barriers, both real and perceived that are difficult to overcome.

With Brittany’s permission, I reached out to our local community group to set up a crowdfund – the modern version of Mrs. Pierce walking around a collection envelope. I also set in place the infrastructure for others to do the same when we lose someone in Manchester. It isn’t the amount of money raised so much as the number of people who care.

I hope you will make a modest donation to honor Henry’s memory and support neighbors experiencing a difficult loss. And I hope you will use this as a reminder to connect with your own neighbors.

Support the Family of Henry Doughterty on Crowdrise 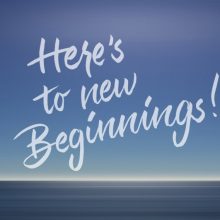