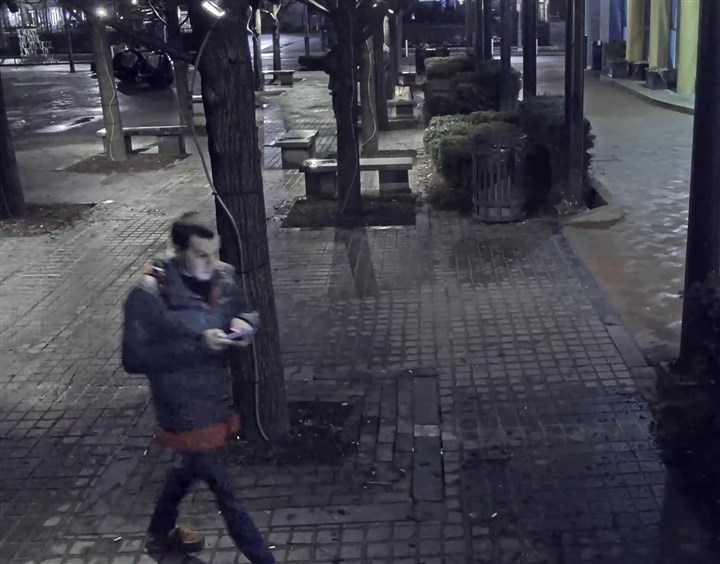 As we’ve shared, a 23-year-old gay man named Dakota James has been missing for several weeks. His extended family have poured into town, searching tirelessly and drawing other people into their efforts. A reward of $10,000 is offered for information leading to the whereabouts of Dakota.

New information has come to light from video footage, suggesting Dakota made his way from Liberty Avenue and then into the Cultural District. Search dogs picked up a trace scent on the Roberto Clemente Bridge, but no further evidence has come to light. Police are continuing to search in the river.

It was only two years ago that we were searching for our lost brother, Andre Gray, and another missing young man, Paul Kochu. Sadly, their stories did not have happy endings and did not result in details coming to light until their bodies were found.  We helped raise funds for Andre’s family to establish a permanent memorial to him in Lawrenceville.

Dakota is also the fourth LGBTQ person who is 23 years of age to be involved in what we may perceive as a dire situation  – since November. I refer to Shanique Saunders, Sean Hake and Claire McClimans.  Four of young people in as many months. Claire is still with us, but will inevitably spent a significant period of time in prison for her actions. Perhaps consider supporting her via this Facebook page.

But four members of our community in Pittsburgh should be cause for concern. Do we come looking for them? Do we ask the right questions? Do we even know how many REALLY have experienced violence or are separated from their loved ones?

There are those who chastise me for referencing their sexual orientation or gender identity in these posts, as if we do really and truly go looking for all of our missing ones. That’s ridiculous, I say. I know which posts you read and which you don’t. I also know it matters what happens to our LGBTQ neighbors, young and old. And that their identities might provide a clue to their circumstances. I know that many parents would much rather wrestle with the disclosure of their adult child’s sexual orientation than their unexplained absence. And, of course, I don’t out people. I share what is known to be true. We are the ones who aren’t paying attention when our friends stumble out of bars under the influence or without an Uber or lose their jobs or worry about coworkers harassing them. We are the ones who must pay attention to those who are lost and to those are still here, asking us for support.

Police said they have recovered images of Dakota James walking through the Katz Plaza in the Cultural District in Downtown Pittsburgh at about 11:46 p.m. Jan. 25. Prior to the recovery of that image, police had believed Mr. James had last been seen at 11:39 p.m. that day near the intersection of Liberty Avenue and 6th Street, Downtown.

The new image, announced Tuesday evening, also clarified that the coat Mr. James was wearing was not olive green in color but, rather, was dark gray or black.

In the Katz Plaza image, police said, Mr. James may have been walking in the direction of his home on the North Side.

Police are asking any individual who may have seen Mr. James or perhaps captured video of the vicinity in which he may have been walking to contact the Missing Persons Unit at 412-323-7141. A tip line also has been set up at 810-294-4858. Callers are asked to reference Law Enforcement Case #17-17022.