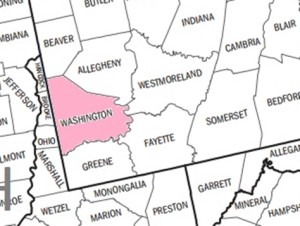 How do you describe your identity? I’m mother to a 20-year-old transwoman. I’m a third generation Mexican American. I tend to take in wayward humans and animals. Im a singer. Im permanently disabled. I bake really crazy cakes. Im many things. Im a student of this wacky experiment in the human condition, as we all are. and Just as we all are, I try to find the inner beauty in everything, which honestly, makes me being pansexual the only obvious sexual evolution for me to have ended up at.

Please describe your coming out experience. Where did you find support? What challenges did you face? I wouldnt say I ever had a coming out experience. Some know, some still dont, like my very religious and traditional parents. Ive had a few frustrating experiences, for example, once around 1992, a cousin got wind I had a girlfriend (not too common then, even in a Southern California high school) and threatened to use the information against me. BUT… that was only tense for a moment, because her threat was gone the moment she wanted me to pierce her naval hahah.

How would you describe yourself NOW in terms of “being out”? My daughter, cousins, siblings, other family members and most friends know. For me, it isnt the first or most important aspect of who I am. I dont tell everyone about the beauty mark you cant see either. If it comes up in conversation it comes up. Im not anymore ashamed or proud of my sexuality than I am of the color of my eyes. it just sort of… “is”. I know this isnt the case for everyone, but its never been a very prominent part of what makes up “me”.

I guess itd have to be a girl named Michelle. I knew her at a San Diego Girls club. we were children, but other children didnt like her because she was too “boy like”. But I didnt care. I had both “boy” and “girl” traits for a little girl in the 80s. We mustve been 6 or 7 years old. Years later, I would run into her as an adult who was not surprisingly, a girlfriend to a female friend of mine and we reminisced about the crazy times in the Girls club together!

Past or present, favorite LGBTQ character or creator in television, film or literature? Please tell us why. Honestly, it isnt even a character. It’s a real man. Jim Nabors. You probably know him best as Gomer Pyle, U.S.M.C. He was always one of my favorite growing up because he wasnt afraid to utilize many of his “less masculine” traits in his vocals and body language. This was back in the day of black and white television. A Generation where if you were an outwardly gay man, it would be no surprise or love lost when you ended up in the papers MURDERED. and here was Jim Nabors, while not out, giving a lot of a middle finger to society’s taboos and it was always just amazing to me.


How do you stay informed about LGBTQ issues? Many ways. Lyndsey Sickler always goos up my facebook feed with events lol, and I hear about many persad things through my daughter.

Describe your geographical community.  I live in a really rural area, that despite what one may think, as individuals, people seem pretty neutral about the LGBTQ prescence. However, I grew up with very umm…. well my mother is mormon and my step father is a bishop. I dont think any minorities even live in their little mormon town. its like a bubble world. I also grew up in a time where words like “fag” and “you suck” were commonplace, and flowed from peoples mouths like “goofball” and “silly”. ugh the dark side of the 80s!

Describe your local or regional LGBTQ community. Im not an activist in my local community, LGBTQ or otherwise because Im permanently disabled. I know there are groups out there, I keep my daughter and her friend (another transwoman we’ve taken under our wing at Kim’s home for wayward humans) informed about events, therapy, Persad, Pride, the GLCC, etc. my friendship circle has always involved people from the LGBTQ community. I dont know why, but it really always has.

Have you ever experienced discrimination based on your identity? Specifically, in a job setting, when applying for housing or while in public. not my sexual identity. Being a single parent, a minority, a disabled person, and/or a woman have all been thrown in my face at times though. I sort of grew up with the gender and minority discrimination though, being from southern california, and again, a girl growing up in the 80s where instead of learning to camp and survive in the wild, if I wanted to scout, I would learn to sew and sell cookies.

Are there issues impacting your LGBTQ neighbors that aren’t visible or part of the local dialogue? I havent noticed anything

What would you like to see elected officials do to improve life for LGBTQ Pennsylvanians? clearer discrimination laws with clear, laid out punishment by the law for breaking them.

Please share a lived experience, anecdote or fact about life as an LGBTQ person in your community. My ex boyfriend. oh boy. He never could get it through his thick skull. Just because I am not exclusively attracted to men does NOT mean I am going to magically get hormone overdrive and NEED another person at any given time, nor did being with him make my sexual identity change in any way.

Beyond discrimination, what other barriers create challenges for your LGBTQ neighbors? resources. I live in a very rural area. many young adults who need to find like-minded souls, have fun, and bond with others to feel less alone dont have the opportunity where I live.

What LGBTQ friendly resources are available for your neighbors? Honestly, they only have LGBTQ specific resources if they have reliable transportation to say.. Washington PA, or Allegheny county.

Having hope is a much healthier and more productive idea than fear. Fear prevents things from happening, where hope can open minds and create and move the continual change toward acceptance and equality that every human being deserves!

What is your greatest hope for the LGBTQ community in Western Pennsylvania? My GREATEST hope, would be complete integration into every day going ons without fear, judgement, criticism. but with the same acceptance as everyone else who is part of the human race.

What can allies do to support your LGBTQ community? I AM an ally! Be an ear for a friend! refer them to resources! go to Pride! Donate to your local GLCC! and if youre able bodied, VOLUNTEER!

How can gay men and lesbians support the bisexual, transgender and queer members of our community? get over the “breeder” negativity. it hurts others the same way stereotypes and ignorance hurts them!

What motivated you to take part in this project? Im a mother of a transgender woman. She was afraid to come out for years because of someone I was in a psychologically abusive relationship with. She suffered depression, among many other issues all her life as a result of being ashamed and trying to hide who she really was. This is something I cant take away. EVER.

Finally, what question should I have asked? Please also share your answer. How old I was when I really became aware that I wasnt like other people in my age group from a sexuality standpoint?

I had my first crush on a girl in phoenix, named Beth Passey. I hid it, and was best friends with her until I moved in 3rd grade. I also went through a few years of gender fluidity, sometimes dressing as a man and other times dressing as a woman. I fought being a woman because i saw it as a bad thing, as my brothers were allowed to learn things I wanted to learn but was told “im a girl” and could not. Also, at one point, my gi joes took my barbies hostage, tore off their heads and blew them up in a vinegar and baking soda volcano and black cats. My mom never bought me barbies again!