Very sad news from Austin, Texas. A 43 year old transgender woman was murdered earlier in the month. From TransGriot

According to the Austin Police Department, 43 year old Monica Loera was engaged in a conversation with a man in front of her home along the 300 block of East Powell Lane in north Austin at 3 AM on January 22 when she was shot.

Loera was transported to the nearby University Medical Center Brackenridge hospital where she was pronounced dead from her injuries and the Travis County Medical Examiner ruled Loera’s death a homicide.

Thanks to witness descriptions and messages from the alleged perpetrator left on Loera’s phone, 29 year old JonCasey William Rowell was later arrested by APD and charged with the first degree murder of Monica Loera.  Rowell is currently in the Travis County Jail under a $250,000 bond.

Trans advocates rightfully calls out the ongoing post-mortem horrors our trans sisters experience – misgendering, dredging up their previous encounters with the law and more. While perhaps Monica Loera’s occupation as a sex worker was relevant to her murder by an alleged customer, where is the context, the data, the big picture?

The media and law enforcement continue to obscure and distort the epidemic of violence trans women, especially trans women of color, experience in the United States by their refusal to properly identify the victims. Kudos once again to trans advocates on the ground – and the friends of Monica Loera – who pushed back.

But imagine if you lost a friend or family member to a violent death and had to expend your precious energy on these matters. Imagine having to correct the facts in media reports and police reports when you should be grieving and celebrating the life of your loved one. Imagine wondering if the murderer will go away or strike again. That’s a terrible reality.

Earlier this week, I had the thought that just maybe we could get through an entire month without losing another sister to this epidemic. It was just a little trickle of hope after a grueling and brutal year.

Rest in power and peace, Monica. You are a warrior and an elder. We will recall your name and your life throughout the year as we continue to resist the violence that claimed your life. 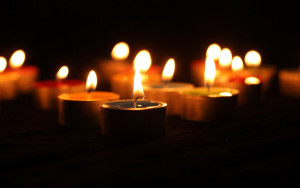