Why do you blog? ~ Daily Prompt

Sunday was the launch of the first ever ‘Best of the Burghosphere‘ awards.  25 bloggers created unique award categories for their colleagues. We ended up with 27 awards because of some duplication errors on my part during the organizing, but no one objected. And we’ll celebrate with two events. One is a family friendly gathering on Sunday November 22 from 1-4 at Most Wanted Fine Art gallery in Garfield. The 21+ celebration takes place a few days earlier on Friday November 20 from 7-9 pm. Please join us – the events are open to the public and ask only for a $5 donation (no one will be turned away for lack of funds.)

This was an idea that I had pitched to Most Wanted Fine Art earlier in the year. After watching countless “Best Of” lists and voting competitions, I gave some serious thought to what makes a blog great or even just good. Clearly, most of these are gimmicks and pure popularity contests. But how on earth could we identify the best bloggers in Pittsburgh when it is such an inherently subjective process? Most readers? Sure. Most advertising revenue? I guess. Most fond of exposure? Absolutely. Quality content and design excellence? Well …

But the nature of the burghosphere (Pittsburgh + blogosphere) is that it includes all of us, even that guy who barely updates his blogroll and hasn’t changed his template since 2001. When there were no templates. And that woman who posts All. Of. The. Cat. Photos. All of them. And even the dude fusing his love for obscure political trivia with Star Wars memes. We are all in this together.

This played our very amusingly at Podcamp this summer when Pittsburgh most conservative podcaster, Hutch from Burgh’s Eye View, walked past me at the door. There was a hush. An actual hush, like one of us (he or I, not the hushers) would either faint or implode from proximity. We just nodded. Like you do. Jesus, people, we are from Pittsburgh – we know how to get along in public.

To answer, let’s start with the term blogosphere. From Wikipedia:

The term was coined on September 10, 1999 by Brad L. Graham, as a joke.[1][2] It was re-coined in 2002 by William Quick,[3] and was quickly adopted and propagated by thewarblog community. The term resembles the older word logosphere (from Greek logos meaning word, and sphere, interpreted as world), “the world of words”, the universe of discourse.[4][5]

Despite the term’s humorous intent, CNN, the BBC, and National Public Radio‘s programs Morning Edition, Day To Day, and All Things Considered have used it several times to discuss public opinion. A number of media outlets in recent years have started treating the blogosphere as a gauge of public opinion, and it has been cited in both academic and non-academic work as evidence of rising or falling resistance to globalization, voter fatigue, and many other phenomena,[6] and also in reference to identifying influential bloggers[7] and “familiar strangers” in the blogosphere.[8][9]

In 2006, Pittsburgh’s blogosphere looked very, very different than today. You’ll have to take my word for that because the explanation requires multiple paragraphs. But that’s when the term ‘burghosphere’ was coined. I did some digging to identify who actually coined it.

My journey took me from the City Paper (Chris Potter & Marty Levine) to Chris Briem to Mike Woycheck to Mike Madison and Bill Toland. Do some googling – you won’t regret it.

The earliest usage seems to be the handiwork of Mr. Toland when he was the PG. This is from May 26, 2006

Let’s venture into the Pittsburgh blogosphere (blurghosphere? burghosphere? yinzosphere?) and see what the laptop philosophers think about Pittsburgh’s planning department and its endorsement of the Harrah’s Station Square casino proposal

Later in May, Mike Madison picked up the implied question and riffed a bit. Be sure to read the comments for another little jolt of blogging nostalgia

Isn’t Pittsburgh parochial enough without naming and claiming its own corner of the blogosphere?

Did Toland every come up with a name for the Burghosphere? Anyway, I predict the greater blogosphere is going to short circuit itself self-referencing this article: the Chronicle of Higher education has an article just out on Mapping the Blogosphere.

Yes, the link is broken. Here’s a summary of the article on Mapping the Blogosphere.

City Paper used burghosphere occasionally into 2010. Take a read of this 2007 piece by Marty Levine on the origins of political blogging in Pittsburgh. Sadly, most of those blogs have long since shuttered for greener pastures.

I personally used burghosphere very liberally, even adopting the tagline out ‘n proud in the Burghosphere for a while. I just thought it was cool. Then I switched taglines and began using blogosphere because a significant portion of my colleagues are not based in this region. I found other incidents of usage here and here and here and even a 2007 ‘Hands Across the Burghosphere’ fundraiser for PAAR.

But we have an answer – Bill Toland appears to have first used the term burghosphere in print on May 25, 2006 in the Pittsburgh Post-Gazette. He isn’t sure, but he’s happy to be our touchstone for burghosphere matters until someone else seeks the credit (and the glory?) He asked me about residuals for the domain names and I promptly billed him $1.80 for the yearly registration fee (10% seems fair, right.) Yes, I bought the burghosphere. Woy used to own it, but now it is queer territory. 🙂

There are probably five people in Pittsburgh who find this interesting and most of them were consulted in the making of this blog post. But if you want to know why I blog, this should tell you everything you need to understand.

It matters to me to tie the context of the term to the current status quo. We’ve lost almost all of the political bloggers (can you name five?) and gained Twitter. We now have wonderfully lush knowledge of the robust lives people lead and possibly a smidge less insight into the interior thoughts on things that happen in this world. The graphics are better and so are the software choices. There are more diverse voices in the Burghosphere, but also more corporate filters as people start blogs for promotional and branding purposes.

I love reading blogs and don’t have as much time as I’d like to devote to it. So long live the Burghosphere for all that is was and all that it will ever be.

Be sure to read the ‘Best of the Burghosphere’ awards, too. 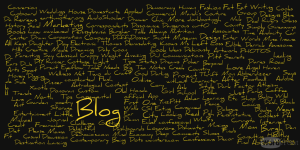