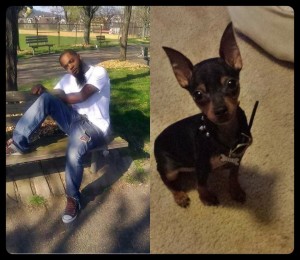 I can’t remember how we celebrated my 35th birthday (in 2005), but I’m relatively sure it involved dinner with Ledcat and probably my parents or friends. I’m sure there was cake and singing. Probably my then-coworkers gave me a card and treated me to lunch. The things that you do. Looking back, I’d tell my younger self not to take it for granted.

Andre Gray will never have those experiences. His young life was extinguished at age 34 when three other men decided to kill someone. And so they took the life of this beautiful, powerful young bisexual man of color and then tossed his body into the Allegheny River. It took over four months to find him, four long agonizing months for his family. Once they had the solace of knowing the truth and saying farewell, they have to walk a new life without their loved one and simultaneously cope with at least one trial of those involved.

Andre would have turned 35 years old this Saturday, August 8. There would be a family picnic with gifts, good food and lots of love. He might have gone out that evening with his friends. There would be new photos on his Facebook page with cousins, kids and his sweet little dog, Boss.

Instead, his family will gather to pay tribute without him. There will still be good food and lots of love along with memories, smiles and tears. It will be a day to honor Andre, but also a day to get through – an anniversary, the first birthday since his murder. Coming on the heels of that in October will be another day without any of the good memories – the anniversary of the day he was murdered. In between, the trial may or may not start. Then there is the first Thanksgiving and Christmas Victoria Gray-Tillman will spend knowing her eldest son is not coming home.

When I had lunch with Victoria last month, she told me that her biggest concerns were seeing justice for Andre & Boss as well as keeping his memory alive. She was sad because the charges of animal cruelty were dropped by the District Attorney and she felt compelled to find a way to get closure for the little dog. We also talked about all of the ways that the media were focusing on the accused rather than focusing on Andre’s life. It was to be expected, but it was no less painful.

We came up with an idea to honor both of Victoria’s wishes by installing a permanent memorial bench with a plaque dedicated to Andre and Boss to be located near the Bernard Dog Run, a public city trail in Lawrenceville. “We” includes a lot of people who shaped the idea, who understood that creating a positive place dedicated to the life of a young bisexual man of color in Pittsburgh was so much bigger than a tribute to Andre as an individual, but to his values and beliefs.

The memorial itself embodies Andre’s work, his mission and calling to serve other young men. Every single person I have met who knew him talks about his good heart, his big smile and his willingness to help. Andre was a person who gave refuge and rest to people in need. He helped them get on their way and continue their journeys. All of the metaphors of benches in parks apply.

What strikes me most of all is that Andre’s bench will be on the side of the Allegheny River that he called home for 34 years with flowers, shade and people embracing life. That’s the legacy – the story of his life, not the story of his death.

Please help us fulfill this small memorial to Andre – we hope to reach $3500 by Saturday in honor of his 35th birthday and as a tipping point that will allow us to start the process with the park folks. As of posting time, we need $900 to reach that milestone. Can we count on you to send a message that Andre’s life mattered and that the lives of other young bi and gay men of color matter? 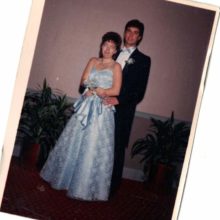