We love Rachel Maddow. She’s the best thing about cable, closely tied with Melissa Harris-Perry. She has first name status in our home:

“If we hurry, we can catch Rachel!”

MSNBC is practically the only channel we watch on cable. Granted we have the lowest tier of channel options, but it still remains true.

The other person who has first name status for me is Rick Santorum, my former intern supervisor. Well, I say “Rick” and Ledcat just yells at me for invoking his name. You know. Because he actually is a real threat to our family and most other humans in the United States. I find some comfort knowing that his campaign makes my 1991 internship relevant once again.

So last night Rachel interviewed Rick on her nightly show. I was quite excited to see them go, toe to toe. And I fully expected Rachel to take him to town. Insert perhaps a better euphemism. I thought Rachel did a great job. Ledcat was more critical, saying she let him off too easily.  My favorite part was the discussion around the role of the Supreme Court.

Flippant tone aside, let me assure you that I find Rick Santorum as a viable candidate a truly terrible possibility. He was in second place in 2008 so his chances can’t be swept under the rug. Certainly, he *seems* more reasonable more intelligent that most of the rest of the crop with the exception of Scott Walker. Santorum is actually very intelligent and a good politician. He’s a credible threat. Don’t underestimate him.

Watch the video and see for yourself.

Should You Send Me Screen Shots of Your ACDC Members Pro-Trump Social Media Content? 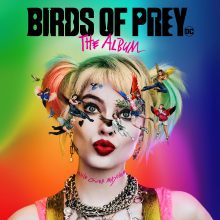 Enter to win a free download of Birds of Prey: The Album