(Opinions expressed in this article are mine, and not those of Pittsburgh Lesbian Correspondents or any other organization.)

I have to admit to feeling some ill-concealed glee that, finally, the Delta Foundation of Pittsburgh is eating some public crow. Schadenfreude, I think the Germans call it.

I think there’s been a kind of “code of silence” in Pittsburgh’s LGBTQ community—we all know what it’s like to be marginalized, so most of us haven’t wanted to publicly badmouth the largest LGBTQ organization in town.

But because we’ve kept silent, we’ve enabled some bad behavior.

If you missed it, Delta Foundation, which runs Pittsburgh’s Pride Week events, and which has set itself up as the unofficial/official spokesperson in Western Pennsylvania on LGBTQ issues, is being flogged on social media after announcing Iggy Azalea will be the headline performer for Pittsburgh Pride in the Street on June 13.

(UPDATE: This story is getting national and international attention from Billboard, Jezebel, NME, and Logo’s NewNowNext blog.)

Azalea, a white female rapper from Australia, has made some comments that, at best, were in bad taste—and at worst, could be construed as racist and homophobic.

Vulture collected some of her more noxious remarks back in February, and Mic was all over this story in 2014, so it’s not like it would have been hard for Delta to do some research.

So either Delta’s leadership is truly clueless about Azalea’s rep, or they just don’t care—and I’m not sure which one is worse.

Pittsburgh City Paper‘s Alex Zimmerman has a nice round-up of the controversy, including a rather tone-deaf statement from Delta’s president, Gary Van Horn, which lends credence to my “they just don’t care” theory.

I don’t want to get into the long list of grievances various people have with Van Horn, who I don’t know personally; I can only speak about my own personal experiences and feelings.

I know, for instance, Pridefest has become incredibly expensive for the small, non-profit LGBTQ group with which I’m involved, to the point where we’ve debated the wisdom of continuing.

Our feeling has been “it’s the only game in town,” and I guess, then, we’re one of the enablers who hasn’t wanted to badmouth another LGBTQ group.

I also know Pridefest has become incredibly corporate. On the one hand, I think it’s a good thing that LGBTQ people are so part of the mainstream now, and corporations recognize we’re important and we matter, but on the other hand, it’s icky to feel like we’re just another group of eyeballs to be sold to investment banks and real estate companies.

To me, Pittsburgh Pridefest has come to symbolize, locally, the very worst of what’s sometimes called “Gay Inc.”

I think I stopped following Delta Foundation on Facebook when someone (whoever maintains their Facebook page, that is) kept posting “funny” pictures of crocheted penises.

I’m not a prude, and I’ve seen ’em before, but c’mon—what message does that send, to put it bluntly, to those of us who don’t like cock?

When Delta Foundation was still publishing Equal Magazine, the advertising and articles all seemed to be geared toward luxury items and expensive brands that my partner and I don’t have any hope of owning. You could swap the advertisers and people in Equal Magazine with the people and advertisers in Whirl. They were pretty much interchangeable.

Equal Magazine seemed to be aimed at white gay men who hang out in tony parts of Pittsburgh, and it was hard to see how it spoke to, say, a young lesbian girl in Connellsville or a black trans man in New Brighton.

And it only added insult to injury when City Paper reported, after Equal closed in November 2014, that the magazine’s contributors were claiming they were never paid for their work.

So, this glossy publication depicting “the good life” was screwing over the little people who put it together. Nice. 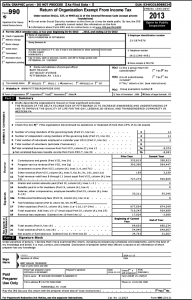 Oh, and the money thing. In my off-line life, I sit on the board of a couple of charitable organizations, and I have for about 20 years, so I know my way around an IRS Form 990, which all tax-deductible corporations are required to file.

On its Form 990, Delta describes its purpose as to “increase awareness and understanding of and to improve the quality of life for the gay, lesbian, bi-sexual and transgendered community in Western (Pennsylvania).”

A supplemental schedule (Schedule O) says those “other” expenses included “ticket processing” and “outside contract services,” which I think is reasonable to assume was entertainer fees and other costs related to Pridefest and related Pride Week events.

So: How much of the $929,609 trickled down to local LGBTQ organizations?

(Edited: I originally said they made only $2,926 in “grants,” but then I realized I don’t know how “awards and grants” differs from just plain “grants,” so I will give Delta the benefit of the doubt and add them up. Together, it’s $18,549, which is still less than 2 percent of Delta’s overall revenue.)

(If I’m reading it incorrectly, I am happy to be educated. But I don’t think I’m wrong.)

In my opinion, Delta Foundation’s problems go way beyond a questionable choice of entertainer.

I am not alleging that Delta is doing anything illegal, unethical or even immoral. But it seems to me Delta Foundation of Pittsburgh has become primarily a concert promoter and party planner.

Now, there’s nothing wrong with those things. But we should ask—if Delta Foundation wants to be a concert promoter, how is it truly representing the values of Greater Pittsburgh’s LGBTQ community—especially the poorer parts of our community?

I don’t think it is, and if it isn’t, it’s way past time for us to have a serious conversation about Delta Foundation’s activities, and its influence.

If this Iggy Azalea controversy finally makes the conversation happen, then I guess I’m glad they’re bringing her to Pittsburgh.