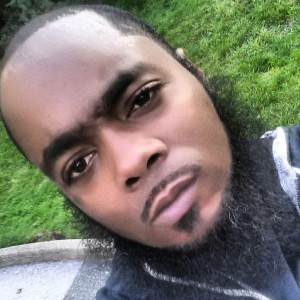 Andre is a 34 year-old gay black man with a loving family and a circle of friends who miss him dearly. He is more familiarly known as Dre or Pok’ie, nicknames and endearments that remind us that Andre is more than a missing gay black man – he is someone’s son, brother, cousin, and friend.

The morning he disappeared, his family found his apartment in shambles and reeking of bleach. His dog was also missing along with his laptop and his car. The car was found in a different neighborhood, abandoned. His wallet was found in a third community, miles away. Since then, no new leads.

Andre’s family has reached out to the LGBTQ community for support, so I made contact with them and offered my help. My initial conversation with his mother, Victoria, was one of the most heart wrenching experiences I’ve ever had. I had almost nothing to offer her except my time and support. Her gratitude and her desire to learn the truth were simultaneously inspiring and sobering. It is horrifying that a mother should feel grateful when someone listens to her talk about her missing adult child. Of course we should listen. Why aren’t we listening?

“I need closure,” Gray-Tillman said. “The only way I think, I feel, with God’s help, is for my son to turn up. I accept that I may not ever see my son alive. But I don’t know. How can you move forward if you don’t know where he’s at?”

As is routine, Crimestoppers offered a $1,000 reward for information in the disappearance of Andre Gray. When I spoke with Andre’s family and community leaders working with other young gay black men, I was repeatedly met with skepticism that $1,000 was a meaningful sum to either generate leads or show real value for Andre’s life.

Three young queer people of color have been known victims of violence in the past 18 months in Pittsburgh. Two did not survive. Andre is the third. We did not have a chance to intervene in the other situations – we can do something here and now to help Andre and his family. Compound that information with Pittsburgh’s troubling solve rate for homicides in 2014. Of the 66 homicide victims in the city, 59 were black and seven were white. Of the 37 unsolved cases, only one involves a white victim, according to a Pittsburgh Post-Gazette review of data. In the latest Census figures, about 26 percent of Pittsburgh residents are black.

And of course nationwide , since the beginning of this year alone,  five trans women of color, one gender non-confirming person of color, a queer identified woman of color and two lesbians of color have died violent deaths. That’s nine queer and trans people of color known to have been killed in 41 days.

And there’s Andre. Andre is not a homicide case. He’s missing and there’s a story around his disappearance that needs to be told.  Andre’s life matters because he is black, because he is part of the LGBTQ community and because he is our brother. Whatever context we put him into – local crime, national epidemics – he’s still ultimately our neighbor and how we respond to his disappearance is how we credibly demonstrate our commitment to the mantra that #blacklivesmatter.

I don’t think there’s any getting around this – our response to Andre’s disappearance says something about us, all of us. The goal of the crowdfund is to raise $5,000 for the reward and missing person’s fund. Funds not used for missing persons reasons will be donated to a local group advocating for the lives of other young black gay men. That’s one reason at the request of Andre’s family the crowdfunding appeal was set up through a local non-profit organization, the Bloomfield-Garfield Corporation – transparency and accountability.

Pittsburgh *has* rallied. Organizations such as Project Silk, Persad Center, New Voices Pittsburgh and Judah Christian Fellowship have turned out to help with the search and to offer support to Andre’s family. Groups likes 1Hood and What’s Up?! Pittsburgh are helping to raise funds and awareness. Businesses from cafes to pet sitters to art galleries have donated time and talent.

And individual members of the community are turning out to search and scraping together contributions for the reward fund. Will your donation be next?

But in the meantime, we need to find out what has happened to Andre Gray.

Click here for .pdf versions of the Missing Persons flyer.

Click here for the .pdf version of the Missing Dog flyer for Andre’s buddy “Boss” – he is microchipped so finding Boss could provide valuable clues.