This morning, Allegheny County announced plans to revise their deadline for the termination of domestic partner benefits from July 31, 2014 to June 30, 2015.

“Now that same sex marriage is legal in Pennsylvania, I believe that it is important to continue to keep our employees on equal footing and that means requiring proof of marriage for coverage of a spouse, partner  and/or family members.

“The July 31, 2014 date that was originally set is too aggressive. Working through the Human Resources Department, the eleven employees currently receiving same sex partner benefits will have until June 30, 2015 to make the personal decision regarding whether to marry and formalize their relationship. All new county employees, however, will be required to follow the same policy regarding how and when benefits are offered to partners and families.”

Our hope was to tie the timeframe to phase out domestic partner benefits to the passage of HB/SB 300 which would create a truly level playing field by making it illegal for employers in the entire Commonwealth to fire someone for getting married to a same sex partner.

June 30 is probably overly optimistic for that to happen, but it is certainly a more reasonable time frame than 30 days. And because it is an Executive Order rather than an Act of Council, it creates the opportunity for other conversations.

And Eileen Halloran can schedule her surgeries without disruption.

I have reached out to the City for clarification on their plans.  Our petition on MoveOn.org targeted all municipalities, but I think if we can confirm decision by two of the largest municipal employers in the Commonwealth we’ll be in a stronger position to ensure no one has to have a “shotgun wedding” in the near future.

The City has responded “City officials in Personnel and Law (Departments) are in the midst of a review.”

As to the County’s rationale about fairness, I was informed that one member of the Human Relations Commission expressed concern that the County would be sued by opposite sex couples who are unmarried. That seems flimsy given that no one has sued during the past two years when they were also excluded. And the County could probably have added unmarried couples without significant cost since they have a group rate. They chose to constrict benefits, not expand them – putting the onus for the decision on the LGBTQ community is a little unfair. So I’m still a little puzzled by the political motivation and this desire to declare us “equal” when it is absolutely clear that we are not equal.

We do not have true marriage equality as long as people can be fired for getting “gay married” my friends. And those of you who live in this region know that it is very likely that a City or County or School District employee could have a partner who works in Greensburg, Cranberry, Little Washington or Uniontown.

So here’s to a partial victory and hope for a more robust and fuller victory to celebrate Independence Day. 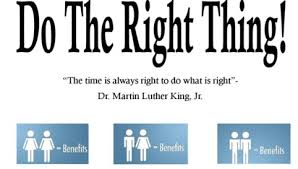