“Everybody remembers it how they need to.”

I remember hearing these songs on the radio during my childhood and having no clue what they “meant,” but dancing with my mum around the living room. “Oh What A Night” “Sherry Baby” “Big Girls” – all informed my childhood and I had no clue about the content. I remember being confused at how oldies could sound so contemporary. And I still know most of the words. 🙂

I realize this tagline for the movie is not intended for my childhood memories, but it still applies. This was my favorite. 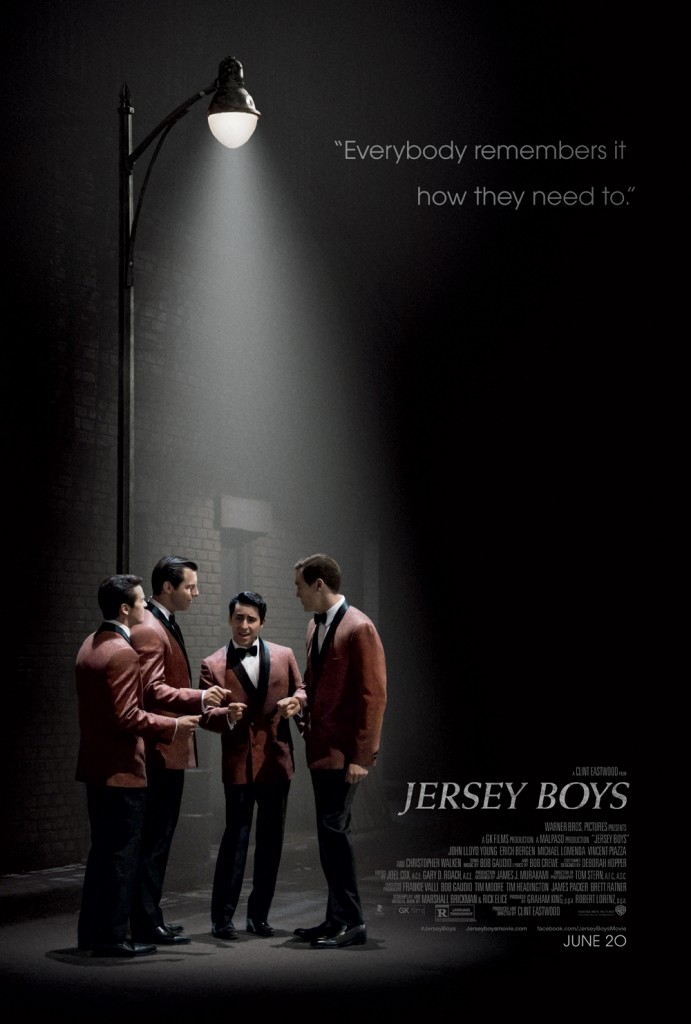 The film tells the story of four young men from the wrong side of the tracks in New Jersey who came together to form the iconic rock group The Four Seasons. The story of their trials and triumphs are accompanied by the songs that influenced a generation, including “Sherry,” “Big Girls Don’t Cry,” “Walk Like a Man,” “Dawn,” “Rag Doll,” “Bye Bye Baby,” “Who Loves You,” and many more.

These classic hits are now being embraced by a new generation of fans through the stage musical, which has been running on Broadway for more than eight years and has also enjoyed successful tours around the globe.

HOW TO ENTER – Leave a comment on this blog post using Disqus (click the comment button near the title or scroll down to ‘start the discussion’ below the Author blurb.) Be sure that your Disqus profile is linked to either your email, Facebook or Twitter accounts so you can be contacted if you win. You will have 48 hours to respond. You must be 18 or older to be eligible to win and reside in the continental United States. Contest ends on June 30.

Guidelines and restrictions can be found here.