There is “mixed” news to share this morning with regard to violence against the trans community.

In Baltimore, a 40-year-old trans woman named Kandy Hall was found murdered in a field on June 5, 2014. Not only are there no leads in the case, but Kandy is almost a mystery. Her friends quotes in this Washington Blade piece haven’t seen her for at least two years. There are not as of yet identified photos of Kandy for me to share.

According to Monica Roberts of Transgriot

But back to discussing Kandy.  So far people have been unable to contact relatives to notify them of her death.  I’ll be in contact with my Baltimore area folks who will keep me updated on any news related to this case  or any memorial services planned.

Baltimore also witnessed the shooting death of 29-year-old Kelly Young in 2013. No arrests have been made in her murder.

Anyone with information about Hall’s death is urged to call Metro Crime Stoppers at (866) 7-LOCKUP.

In related news from Cleveland, an arrest has been made in the 2013 murder of Brittany-Nicole Kidd-Stergis.

Authorities said late last week Delshawn D. Carroll, 19, has been charged with aggravated murder after he was arrested by homicide detectives on June 5, Cleveland Police said.

The arrest comes over six months after Brittany Nicole Kidd Stergis was found shot to death in her car in the early hours of Dec. 6, 2013. Police told BuzzFeed that detectives do not believe the murder was a hate crime and declined to provide further details in the investigation.

No progress announced in the investigation of Betty Janet Skinner, 52, who was murdered within 24 hours of Brittany-Nicole.

Advocate Jacob Nash suggests that one positive byproduct of the Gay Games coming to Cleveland this summer is heightened police scrutiny of LGBTQ crimes and awareness of LGBTQ needs.

“On the one hand, I feel like I’m not having a lot of information given to me by police, and on the other hand, I feel like police are being very much more aware” of the LGBT community in the lead up to the city hosting the 2014 Gay Games this August, Nash said.

“We don’t want them to be forgotten,” Nash said.

That’s right, Jacob. We must continue to honor their memories and pursue justice in their names. And we must do better by our trans neighbors who live with us still, to stand up to transphobic violence and slurs, to remind them that we are standing in solidarity with their right to live lives free of violence and hatred. 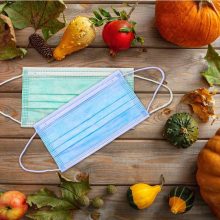 How to Request Toys for Tots in Western Pennsylvania in 2020