Cathy is 61 years old. Her professional career has spanned nearly four decades in a rural community just outside of Pittsburgh. As she faces her final days with a diagnosis of end stage pancreatic cancer, she finds herself without the financial means to pay for her final expenses – a funeral, gravesite and a headstone.

What Cathy does have are wonderful friends, her “family of choice” which has rallied to raise the money before Cathy passes so she can leave this world with peace of mind. 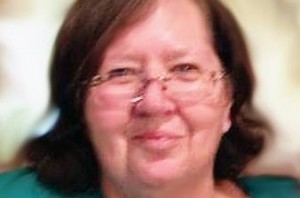 Cathy’s story is not unlike many activists and many LGBT adults. She was an only child who took responsibility for caring for her parents during their final years, a choice she made willingly but one that had serious financial repercussions for her. She pursued a career helping people as a social worker. Some of her career highlights include:

And more. Cathy walked through the woods in her rural town to talk with homeless individuals and families. She attended LGBTQ meetings and volunteered her time and talent often. She was active in politics and advocacy. And more. She rescued animals.She volunteered to clean up polluted rivers by kayak.

I use the past tense merely because she cannot do those things any longer, she is still here and aware of what is happening as hundreds of people chip in $10 or $5 to help – people who once were helped by Cathy. Her friends read the messages and the news stories to her in the hospice and she comprehends. But they are still short of the goal necessary.

Cathy’s story is tragic, of course, because no one should end up dying at 61. She had no health insurance as a consultant – the Affordable Care Act came too late for her. She has no life insurance, nothing to give her peace of mind. And she deserves better- anyone would.

Her story has an extra dimension because she has devoted her life to caring for others – one person commented “You changed the world” on the GoFundMe site with a $5.00 donation. So many activists and social workers are in her shoes – one Executive Director commented to me that when foundations require operating expenses be kept low, pensions or any sort of contribution plan go out the window especially with the rising cost of health insurance.

I don’t know Cathy’s exact story – but I can share mine. I completed my MSW with a significant level of debt and walked into a job paying $20,000 annually in the year 2000.  Then my job was eliminated. I was without health insurance for two years while I worked for myself. I went back into the non-profit sector, but it was a decade before I found a job paying more than $40k and that was only because I had health insurance through my partner’s employer.  A few years later, I was on disability. I’ve had a few “401k” plans but the contributions and matches were paltry. I picked up life insurance through one job which is fortunate because obtaining life insurance with a disability is impossible.

Paying off students loans and keeping a roof over your head and so forth even without children is not easy, particularly  when you know there’s no big payoff – no winters in Florida, no retirement at 65, etc. But it is the career I chose and many people share that sentiment.

The other issue is how our identity impacts us. Women earn less then men, this holds true in the nonprofit sector. LGBTQ people face workplace challenges – Beaver County where Cathy lives has no non-discrimination protections. I have no idea if she personally lost a job or a contract due to these factors, but systemically it has an impact. We have no rights to marital assets – no pensions, no alimony, and an inheritance tax of nearly 15% in Pennsylvania for what we do inherit. My partner and I spend at least $1,000/year on the taxes for my health insurance, over and above what we pay for the actual insurance. I know dozens of people, even those who live in “protected” municipalities, who won’t access domestic partner benefits because they aren’t comfortable coming out in their workplaces.

The Affordable Care Act will hopefully help that specific issue, but maybe not. And it will be at least a decade or more before the savings accrue enough to help specific people with retirement and long-term planning.

So you add these things together – careers with very low salaries, student loan debt, lower wages for women, higher living expenses associated with being LGBTQ and what do you have? A lot of seniors and elders living in poverty, falling into poverty from the middle class when they hit  a certain age.

How many GoFundMe pages do you expect to see in the next 5-10 years as we basically beg people for charity to pay for burials?  That’s a very Victorian way to manage these  matters – charity.

Why do people do this? The Pittsburgh City Paper recently explored this very question:

[A]ctivism “is a tight-knit community,” offering work that is “incredibly interesting and satisfying.”

Activists believe that kids with activist parents  enjoy some benefits, too — like being exposed to different ideas and people. Mel Packer, a Point Breeze veteran protester who just retired as a physician’s assistant, worked part time to help take care of his family. Taylor, a mother of four, recalls taking her twins to a rally in Topeka, Kan., on the anniversary of Brown vs. the Board of Education.

As you can imagine, being a female reporter – she also happens to be queer – working for an alt-weekly doesn’t exactly generate the elaborate lifestyle wages either. There’s a reason people do it, though.

As with most things, we need multiple types of reform to have an impact. The role of foundation rules in creating meaningul, sustainable job in the non-profit sector requires some examination, as does the level of public investment via government contracts. Leveling the playing field in terms of gender equity and discrimination is another important tool. Student loan reform has started, but it is absurd that doctors get forgiveness while social workers do not.

Ultimately, the way we treat the helpers as Mr. Rogers would say reflects the value we place on those they are helping. Public sector union employees help everyone even if we just imagine that only poor people rely on the bus to get to work. But even their share of the pie is under constant assault. Social workers and human service workers tend to help the great unwashed, the poor, the ill, the vulnerable.

And that’s an entire other post – how these issues impact people who are poor due to reasons other than their chosen career.

Charity will pay for headstone, but what sort of crowdfunding will finance a two year stay in a longterm facility?

It is lovely if you can help Cathy rest in peace these next few days, as you are able. But please consider the larger questions, too.