As editor of the newsletter, John has occasionally featured posts from our blog. I’ve been struck by how vigorously he works to promote LGBTQ rights in a rather rural community/region, even when he’s struck up some interesting alliances. As someone who doesn’t always follow the “established” path, I can appreciate his unique approach to community building. And John’s publication gives voice – real first person voice – to people who are otherwise unheard from in our community. That’s a powerful advocacy tool. 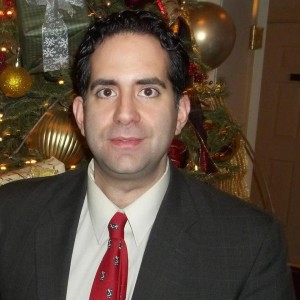 Tell us about the very first LGBTQ person you met and what that meant for you. My Uncle. Knowing I had a gay family member was important to me because it helped me at a critical time in my life when I had begun to truly begin to understand who I was and that I was not alone. I am a big supporter of the Trevor Project for this reason because providing the service that this organization does it helps prevent those teens that are confused to be able to continue to survive, to be able to help them to begin to sort out there lives to be better, productive citizens in our community.

What is the most important issue facing the LGBTQ community today? There are lots of issues from non-discrimination in the workplace, hate crimes legislation, and marriage equality but let me point out how can one really know that another one is straight or gay? If you live in a rural area you might even hide it more so then in a community than seems to be more open to the aspect that there is a possibility of a gay community in the city. If that is so how can one really chose whether or not there is more or less gays in one particular area. Thus, an issue like this is difficult to see since there is no particular manner that we have at this time that can judge the aspect of where, more or less, gay people reside.

If you could wave a magic wand and change one thing in Pittsburgh’s LGBTQ community, what would it be?  I think the difference between the aspects of growing up in community such as Pittsburgh that may be somewhat, and I did say somewhat, more gay friendly then a rural area like I live in is that normally someone that is in that area is going to have to be tremendously cautious to exposing themselves to lot of hatred and discrimination because in rural areas it is much more difficult to seek or get assistance so if I could wave a wand I would want to see those services and assistance made easier to obtain. There are no legal protections for GLBT people in PA so these services are vital.

Past or present, favorite LGBTQ character in television, film or literature? Well, my favorite author of all time is Dame Daphne DuMauier but in regards to GLBTQ television I would have to say it is a toss up between Brian Kinnin from Queer as Folk, Jenny Schecter from L Word and Jennifer Saunders and Joanna Lumley in Ab Fab.

What is one simple thing a reader can do to support the LGBTQ community? I believe things have begin to change because of organizations such as the Keystone Alliance/Gaylife Newsletter who moved outwardly and met and went into the community and done things and begin to show to the larger general population that gay people are not needed to be feared, gay people are just like anyone else simply asking for their constitutional rights, they are simply asking to be treated as equals just as in the civil rights movement we are asking that we be given equal treatment, equal rights, and that we be treated as the decent citizens that we are. And that what we ask for is not for specific or extra things in our society but for those things that many within society especially the straight community as that is called come to accept as fact for them.

We ask for nothing more but the equality of rights. We ask that those in our community begin to realize we are tax playing, good citizens that support the United States and it’s constitution with the guarantee with life, liberty and the pursuit of happiness. One simple thing a reader can do is ask for nothing more then equality.

You can learn more about Keystone Alliance/Gaylife Newsletter by liking their Facebook page.