Today comes the news that Sheena Monnin, Miss Pennsylvania, opted to turn in her tiara because she’s unhappy about  the inclusion of transgender women in beauty pageants. 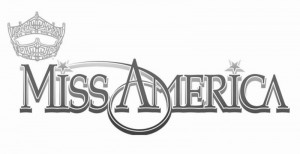 “I am officially and irrevocably resigning the title of Miss Pennsylvania USA 2012,” the e-mail released by Miss Universe said. “I refuse to be part of a pageant system that has so far and so completely removed itself from its foundational principles as to allow and support natural born males to compete in it. This goes against ever moral fiber of my being.  I believe in integrity, high moral character, and fair play, none of which are part of this system any longer.

“I hereby return the title of Miss Pennsylvania USA 2012.”

Well, she told us. Monnin also claims the pageant is rigged. It does amuse me that she complains about men being involved with the pageants since they pretty much control the industry.  Monnin lost the Miss USA pageant.

Back here in Pennsylvania. Millcreek’s Jordyn Colao was crowed Miss Pennsylvania as part of the Miss America pageant trajectory.  One of her “private interview” questions focused on her response to President Obama’s support for marriage equality.

What did she say? Who knows?  I’m hoping since she introduced the topic, it was a positive statement. I’m assuming she would have used the bully pulpit of a media interview to spew a hateful opinion.

This is not so much news as an interesting juxtaposition.