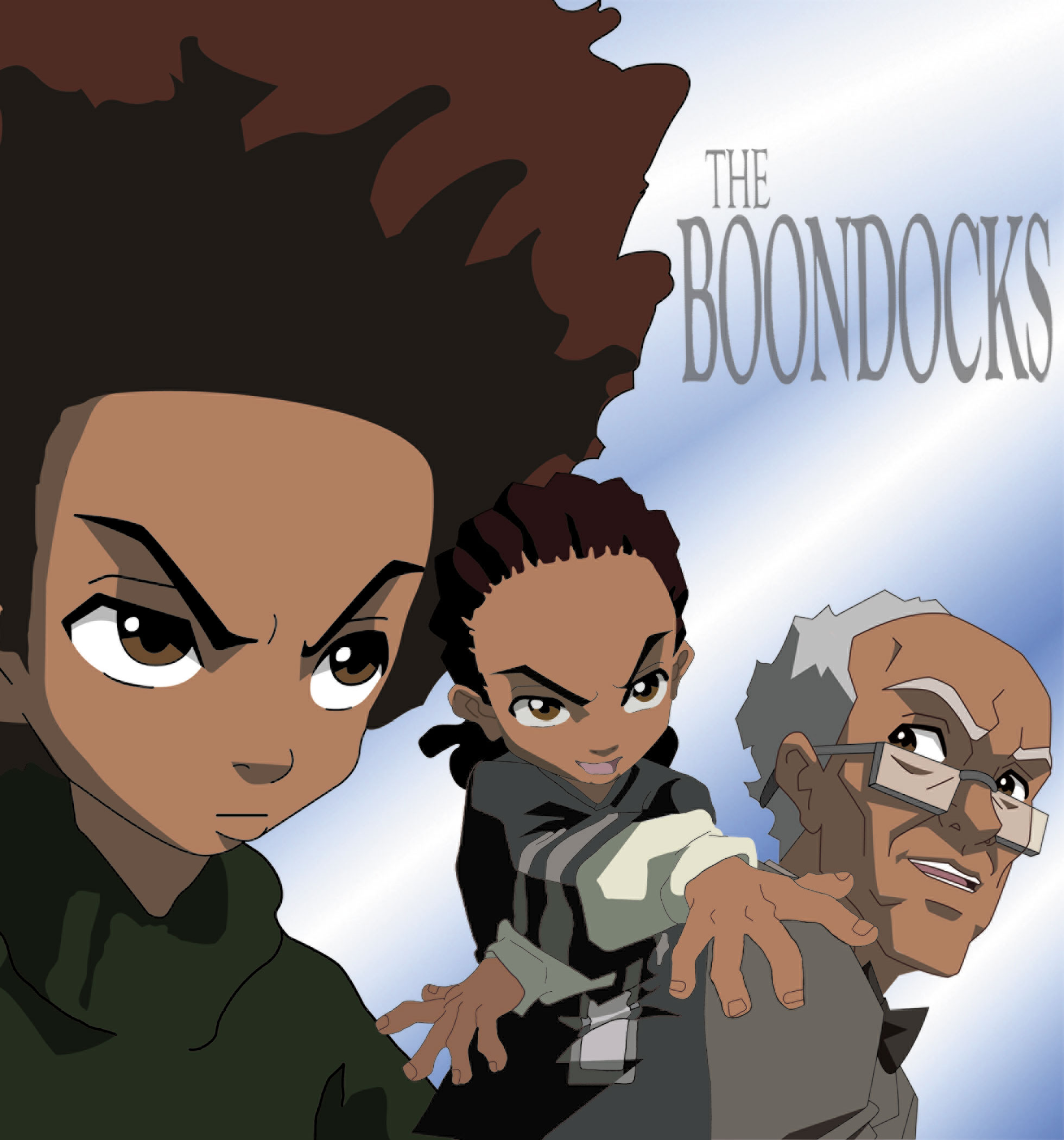 That's what Ledcat and I got each other for Valentine's Day … an evening with Aaron McGruder.  I am way excited even though the advertising misleads you into thinking there are $15.00 tickets.  Not so much since we bought the cheapest seats and dropped $53.00.  Good thing dyke-flavored snarkey pays so well …

I actually cried with McGruder announced he wasn't coming back to the comics page from his hiatus.  Nothing compares to his biting social commentary (okay Non Sequitur occasionally rises to the challenge …).   We've posted quite a bit about Grandad's encounters with the gay community.  From January 2006:

“I am a regular read of The Boondocks strip in the PG, but I must confess that I am often confounded.  I get the feeling that I'm definitely not “in” on the real humorous element and/or the real spin on the issue.  But I suppose that is how any white middle class lesbian would feel — the whole point is that I don't really get it, good intentions or not.

My take on the recent gay-marriage Boondocks strips is that he's at the older generation's discomfort with gay issues while acknowleding that its just not as big a deal with younger African-Americans.  Overly simplistic? ”

So I am lesbi-ecstatic for the chance to see Mr. McGruder in person and hear what he has to say.  Without cable, we cannot keep up with The Boondocks vis a vis their own television show.  More's the pity.  Because I lament the decline of the comics back into the era of happy little family strips that might lead to a chuckle, but not any critical thinking.  I used to read the whole section top to bottom.  Now I read For Better or For Worse, Peanuts and Non Sequitur.  Oh and Mutts. I like Mutts.  Sometimes it makes me cry, though.