According to the Dayton Daily News, Ohio Governor Ted Strickland may soon sign an executive order protecting state workers from discrimination based on sexual orientation.  The even better news is that the Secretary of State and Attorney General plan to expand that to include gender identity.

“Frankly, I don't think we should discriminate against anybody against anything related to their sexuality or gender identification in the broadest sense that you can apply it,” said Attorney General Marc Dann. “I just want the best lawyers, best victim advocates … the best investigators in the world. I don't care, frankly, as long as they do their jobs well.”

As expected, the fundies and wingnuts are up in arms over the “liberal agenda.”  Visit Pam for more details on that thread.

Its just nice to get some good news from our neighbors, isn't it?  Especially good news related to the gay agenda.  Now that's we've conqured the Ohioan Executive Branch, can the schools and churches be that far behind?

Never fear, wingnuts, for Ohio is still the land of the “Creation Museum”  – upholding the authority of the Bible from the very first verse. 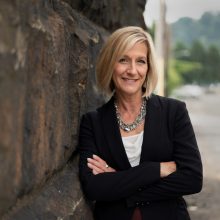