One of Pittsburgh's most creative political bloggers put up a nugget this morning about former KDKA talk radio personality Mike Pintek using the word “homo” while hosting a program on PCNC.  Pintek was discussing the use of South Park restrooms for sexual encounters among gay men.

Mike Pintek was the host for Fridays' Get To The Point show on PCNC. During the discussion of a public restroom in South Park being listed on the Internet as a hot spot for gay men to meet, Pintek repeatedly used the word “homo.” The show's panel of guests looked appalled at the use of that word, but sadly, none of them actually voiced an objection.

Now I am no fan of Mike Pintek.  And while I didn't see the show, I'm fairly certain Pintek was pressing all the gay panic buttons — we are sexual freaks, we like to have sex near children's areas (playgrounds, daycare, etc), blah, blah, friggin blah.  Actually, I should say “gay men” not “we” because I don't think there have been many crackdowns on lesbians getting it on in the public toilets of Allegheny County.  If lesbians listed their hookup sites on the internet, there would be a line of straight men three miles long outside those venues.

But I digress … so yes, Mike Pintek is pretty much a bona fide idiot.  And I've expressed my thoughts on the public sex spankings.

But the word “homo” is a favorite of mine.  And I go outside the tribe all the time on this usage when I'm talking queer turkey with John McIntire on KDKA — we homo everything.  And he pushes all sorts of boundaries; last weekend, a woman complained about the phrase “carpet muncher” in a bit he aired.  She's going to launch a hunger strike or withhold sex from her husband or something like that … whatever.

SATIRE.  It is satire.

Pintek was not being satirical.  He was being a fucking dickwad.  So good for Maria for calling him out. 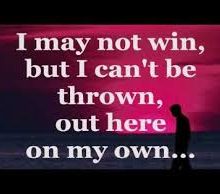 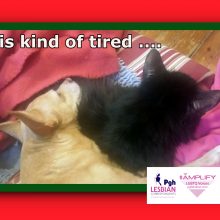